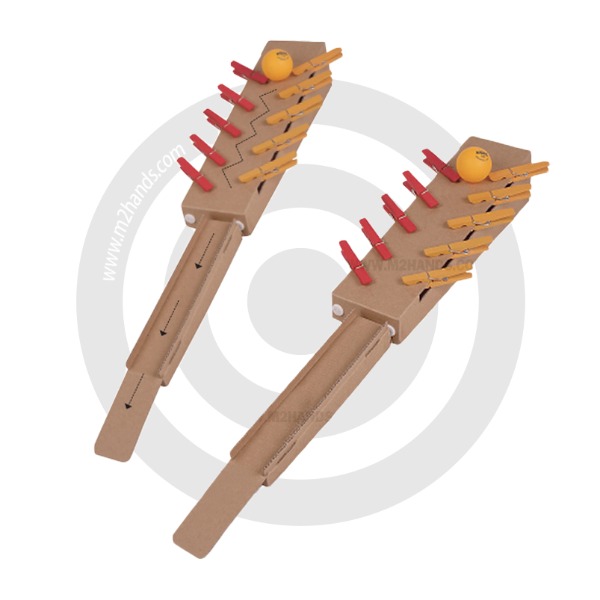 ﻿﻿﻿﻿﻿﻿﻿﻿﻿﻿
﻿﻿﻿﻿﻿﻿﻿
★ Download parish materials from the library.
* The copyright of the images and videos is owned by the Forest Spring. Unauthorized use may cause responsibility for use. (See copyright law)

The ball zigzags between the tongs and activates another device

At another point, the ball rolls and passes between the tongs, causing the ball of the other device to move.

It can be used between the B-5 rolling wheel and the C-2 hammer, depending on the situation.

① Fold the main body along the fold line as shown.

② Secure the groove on the front (lower side) of the main body with the snap button.

③ Fold the back of the main body (high side) and assemble the hook with the groove.

① Fold the auxiliary rails along the fold line.

② Fold the front and rear side of the auxiliary rail according to the folding line and fix it with snap button.

③ Insert rail guards on both sides of the auxiliary rail top groove to complete.

① Install the tongs in order starting from the top (high side) of the body.

The angle of the tongs on both sides should be kept at 90 degrees, with enough space between them.

② Using a total of 10 tongs, install 5 pieces on each side.

③ Adjust the position of the tongs by rolling a ball over the completed tongs rail.

① Connect the auxiliary rail to the bottom of the body (lower side).

② Adjust the position of the auxiliary rail by looking at the direction of the ball rolling down.

The tong rails can be connected between the rolling wheel and the hammer switch.